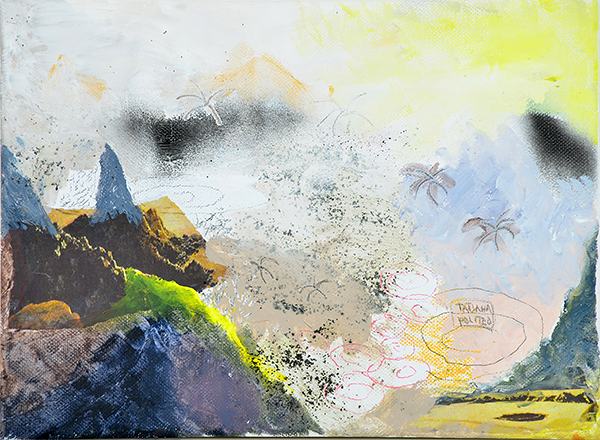 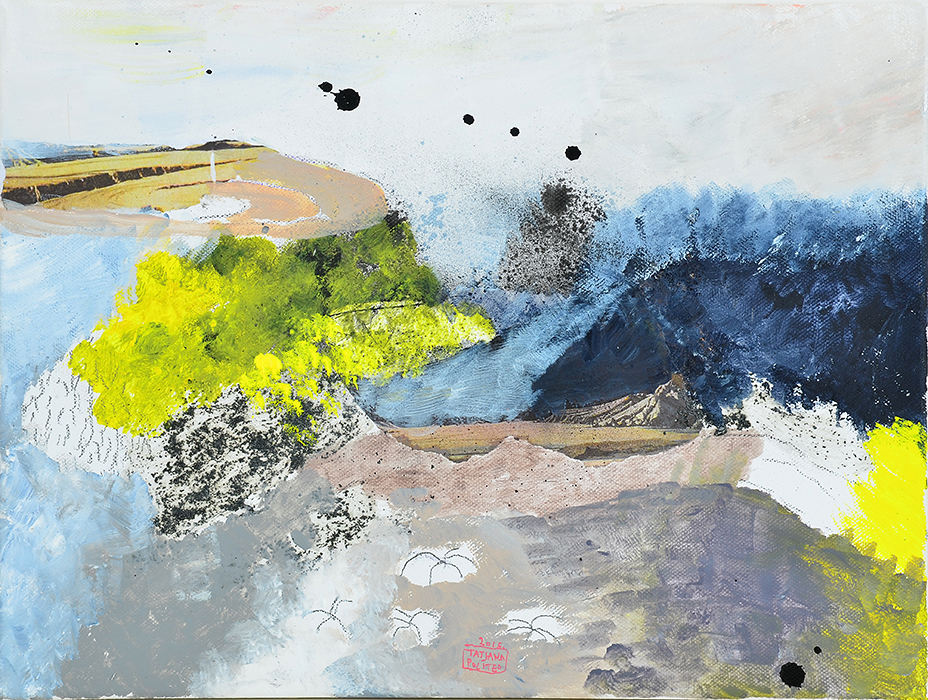 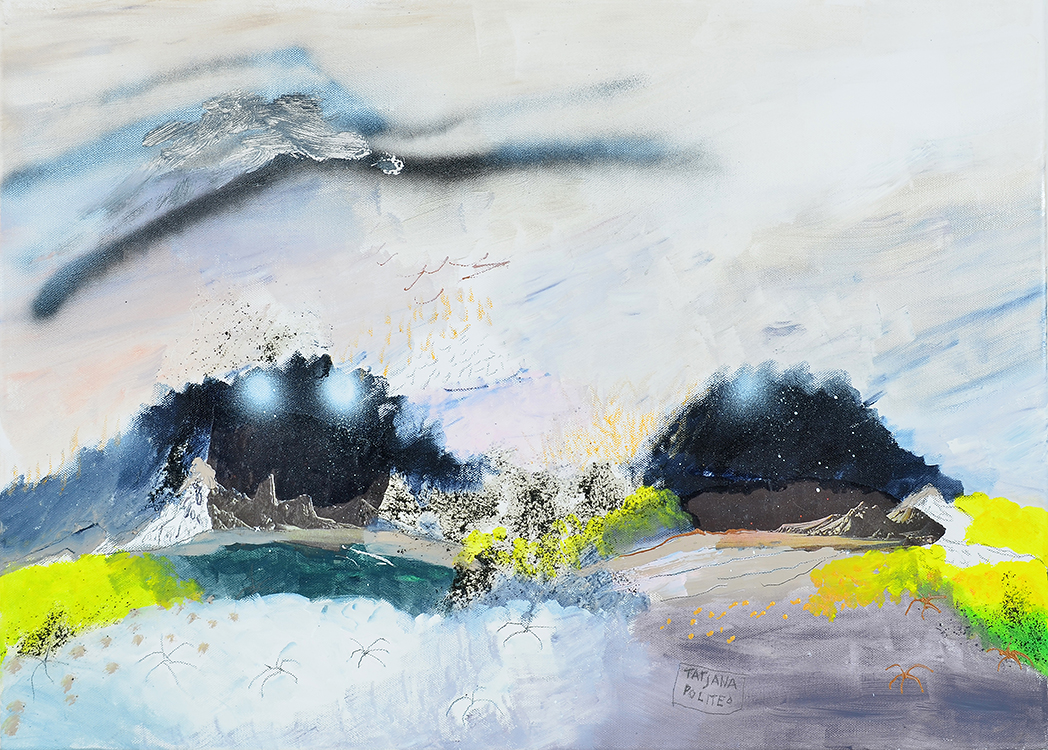 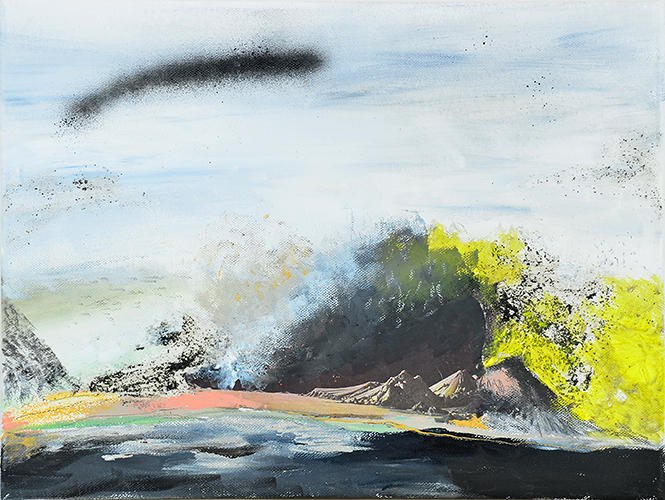 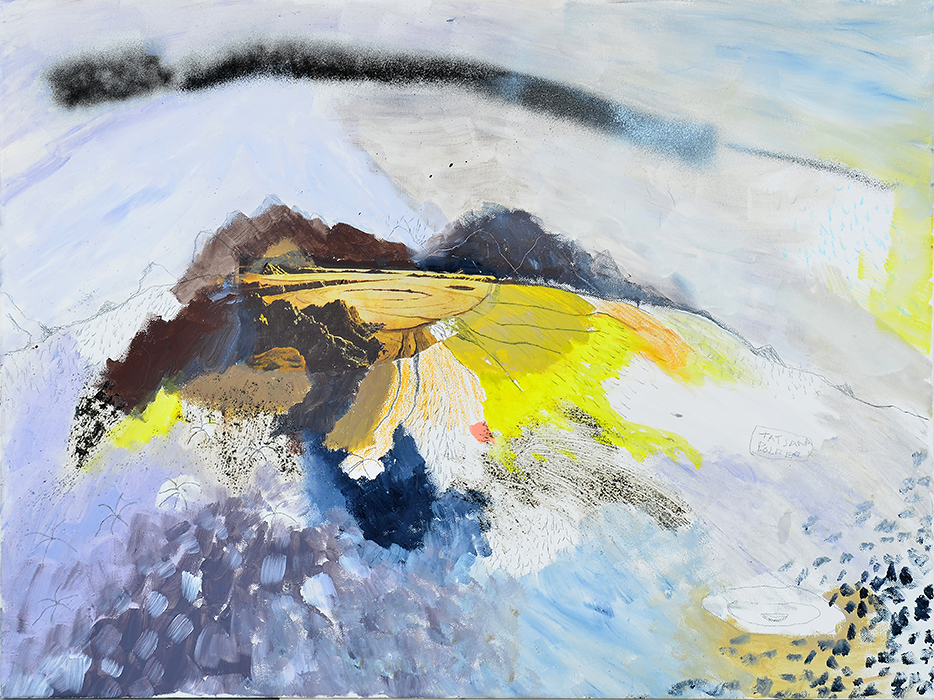 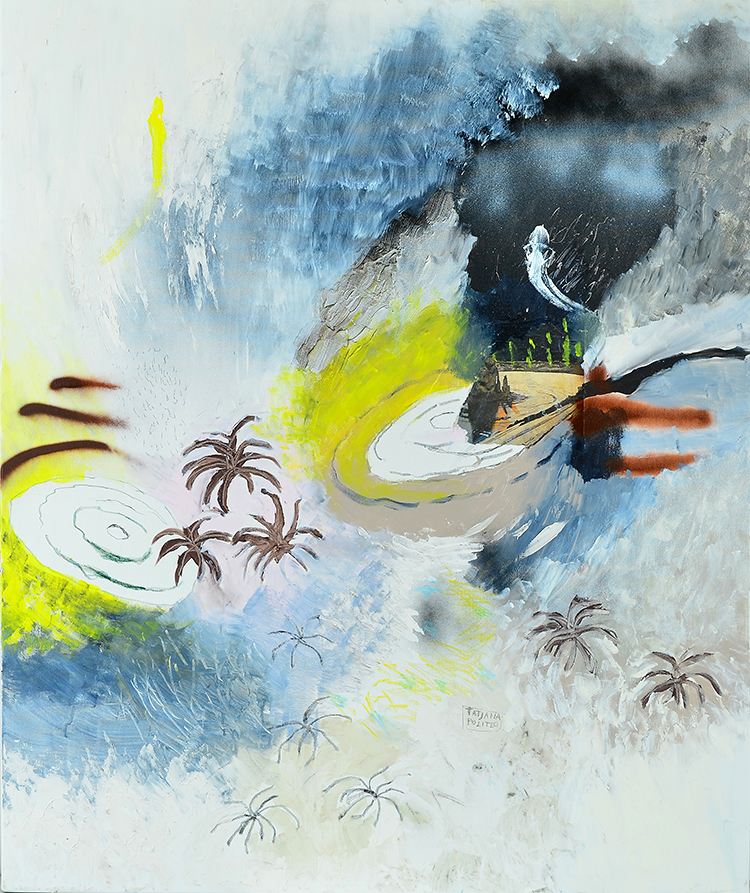 I was dreaming of distant vastness…

Tatjana Politeo creates her own planet in the universe shaped by an unusual combination of dominant black, white and grey surfaces adding a touch of warm earthy tones and vibrant yellow accents. The specific harmony of unusual colours emanates that particular surreal atmosphere inherent in SF films from the 70’s and 80’s of the last century. The highlighted gesturality of the movement, spontaneity and expressiveness as well as unusual element relationship result in an impression of childish enchantment with the vastness of space. The world between dreams and reality is the world where Tatjana Politeo leads us through an adventurous expedition of releasing the brakes, stepping out of boundaries and giving in to a pure visual experience of playful illusionary imagination.