The artist’s amoebas represent primary forms of an irregular, imperfect circle – unicellular protozoa that multiply by division and represent each one of us in relationships with others in the multitude of the seen. They represent elemental microorganisms seen from a higher perspective within the imaginary, uncertain and conflicting transition context of everyday situations which the author herself somehow manages to cope with. Additionally, the influence of the animated film is evident because the shapes are always organized in associative cadres that are simplified linearly. This concept is similar to the legendary animation called “La Linea” (the line), and sometimes the shapes’ mouths remind of the computational “Packman” when eating dots around it. 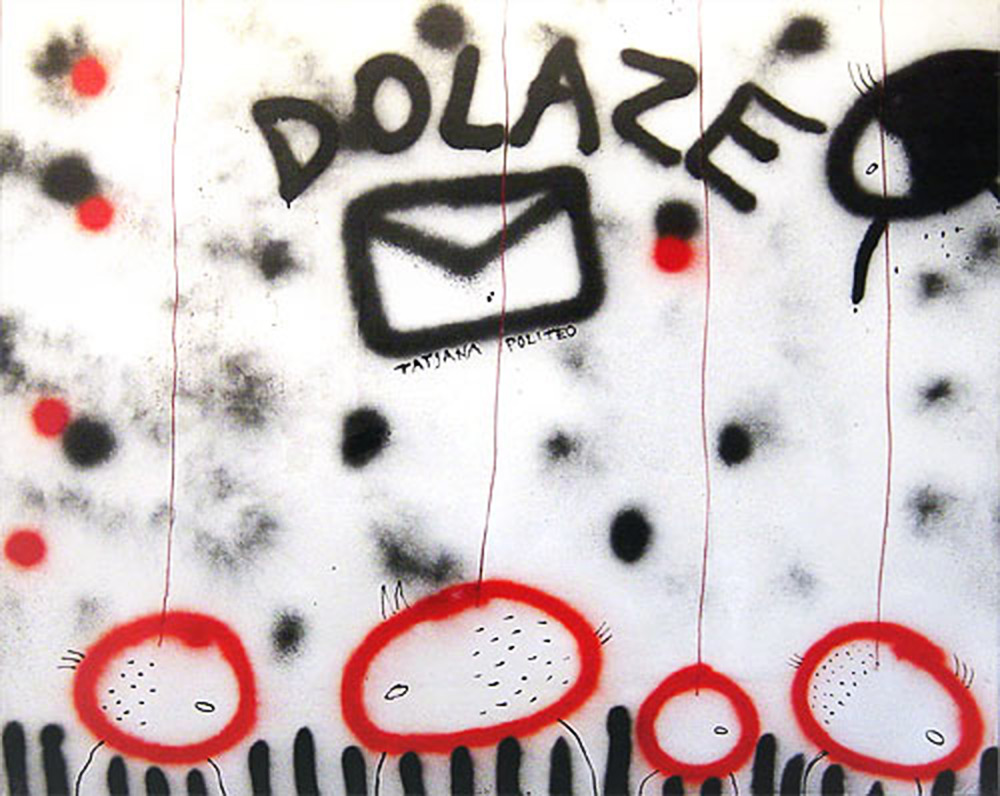 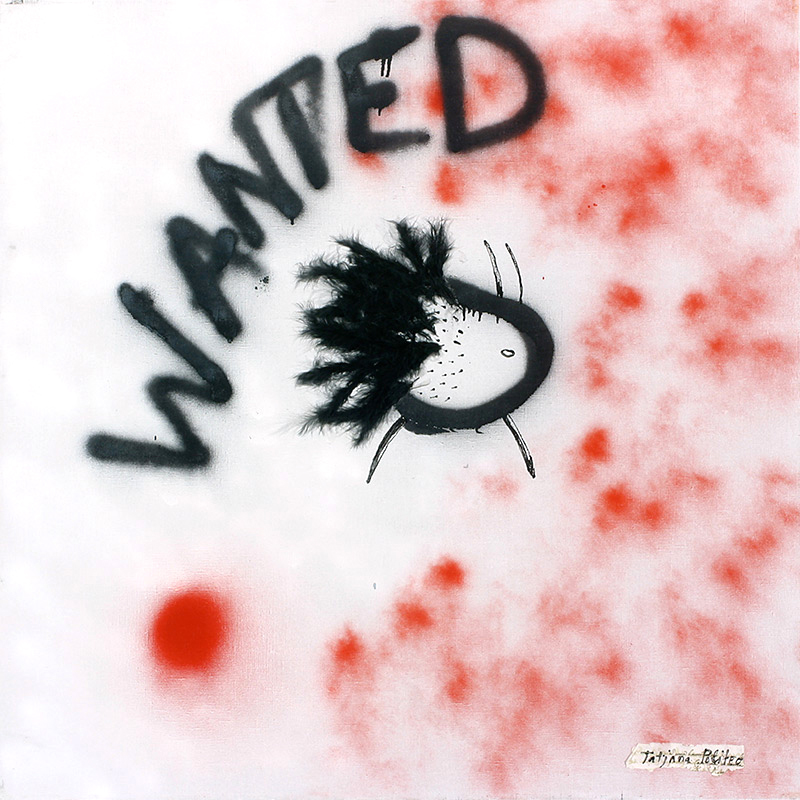 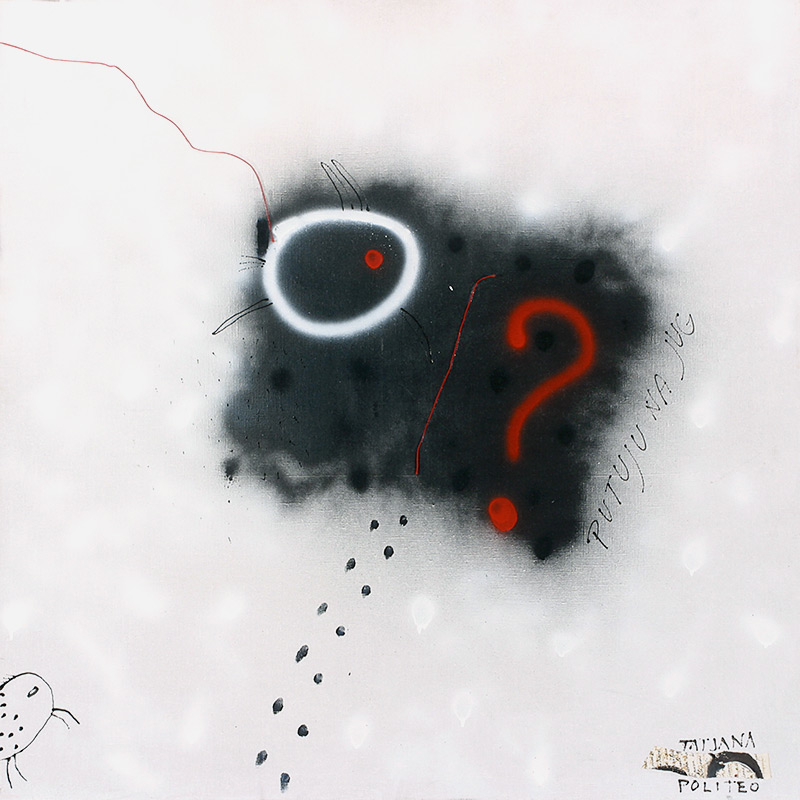 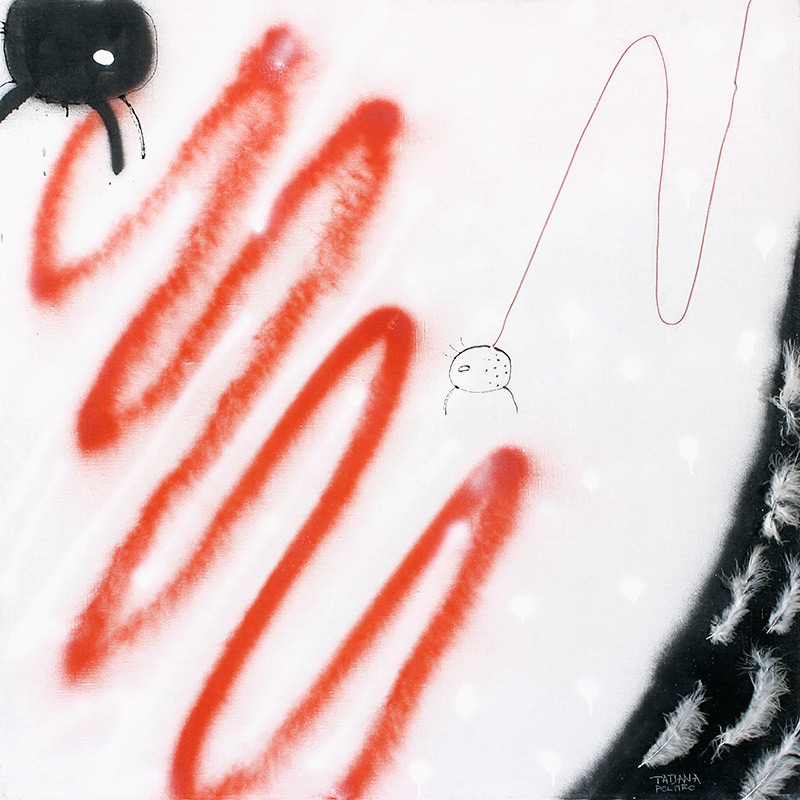 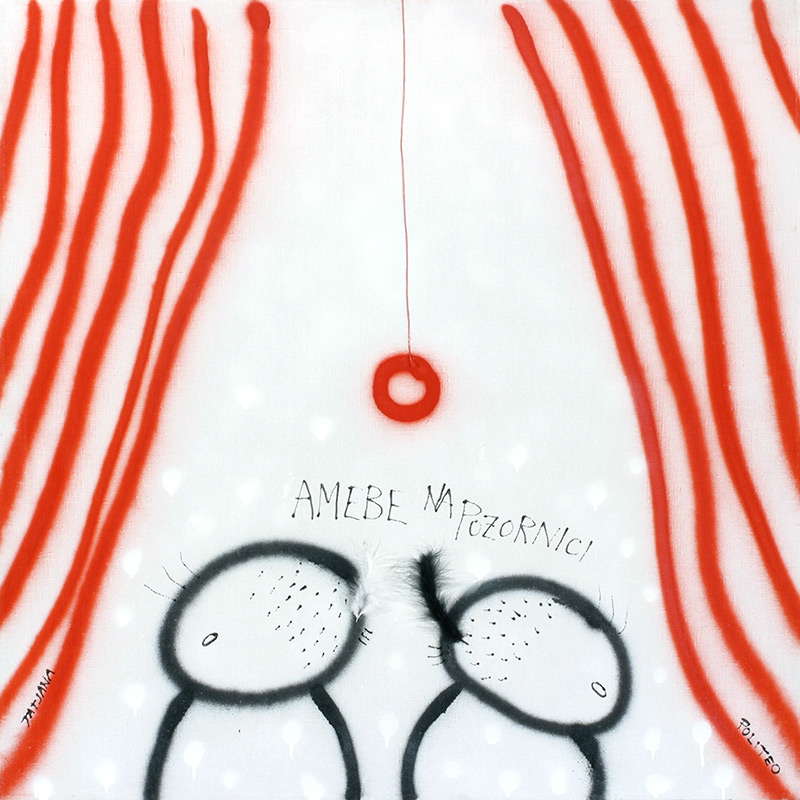 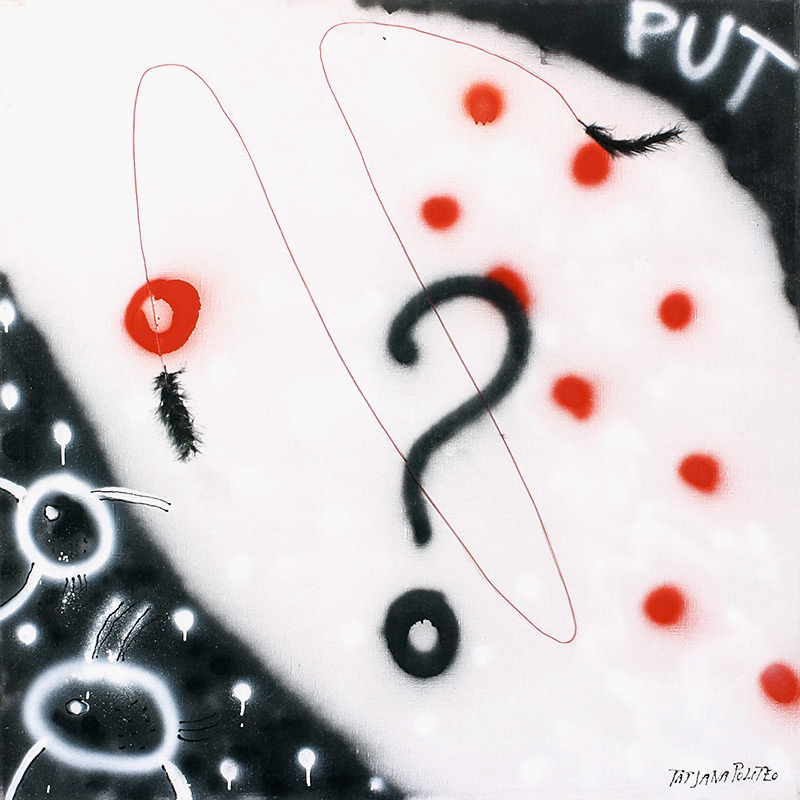