The fragmented reality that appears in Tatjana Politeo’s glass pictures differs from the collage reality of Cubist, Dadaist or “New Reality” movements of the 1960s. The artist therefore does not create a new virtual reality, but rather captures the fragments of the existing reality which she considers important not only to her, but also to the observer of her works. Words, titles, text parts and photographs are taken from Diesel’s advertising campaign catalogues called “Be stupid”, the old issues of Life and Burda magazines and old letters. These bits are composed into meaningful entities whose message is very clear and open. Words, concepts and titles are fragmentarily embedded in collages, offering the observer a peaceful and gradual perception of image’s visual field.

TEHNIQUE: laminating (thermal processing of two glass surfaces covered in vinyl foils and melted together into one unit), addition of collage and acrylic colours 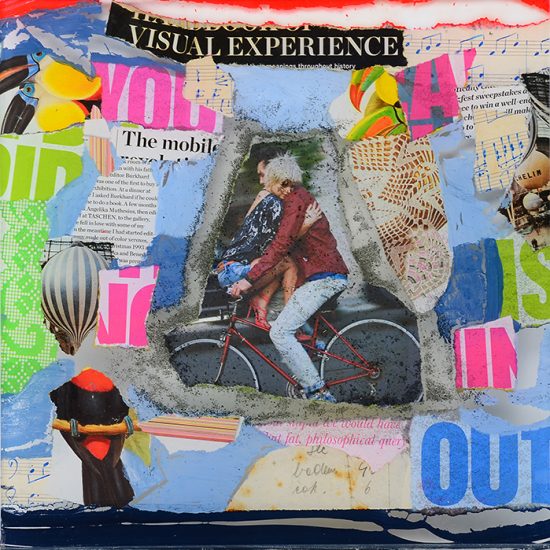 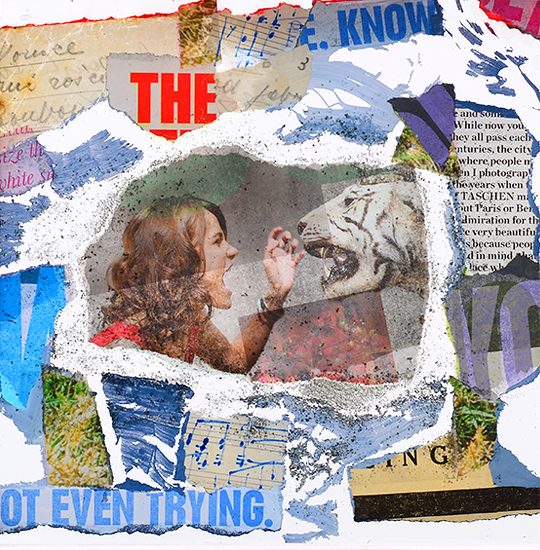 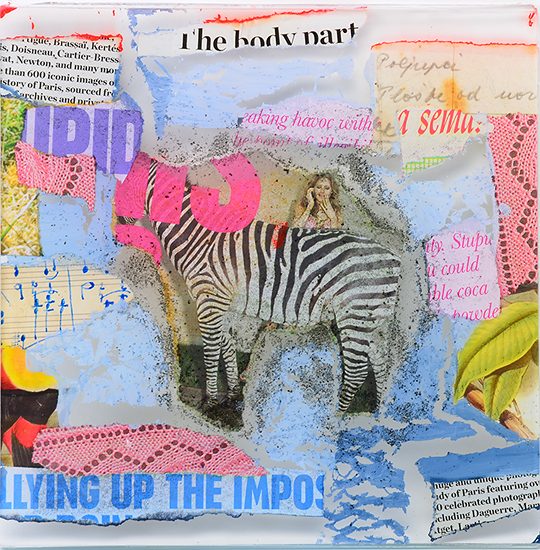 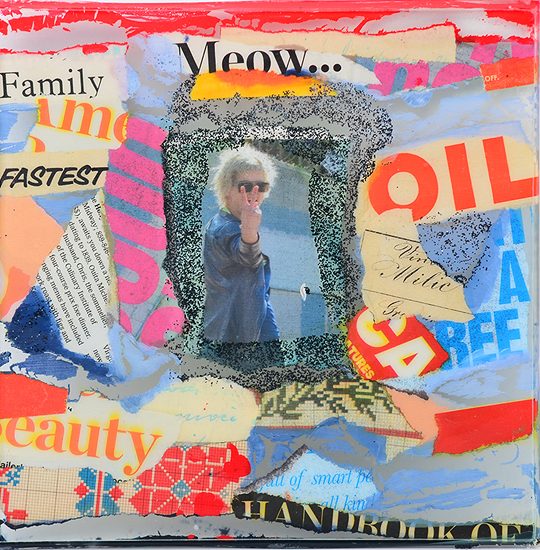