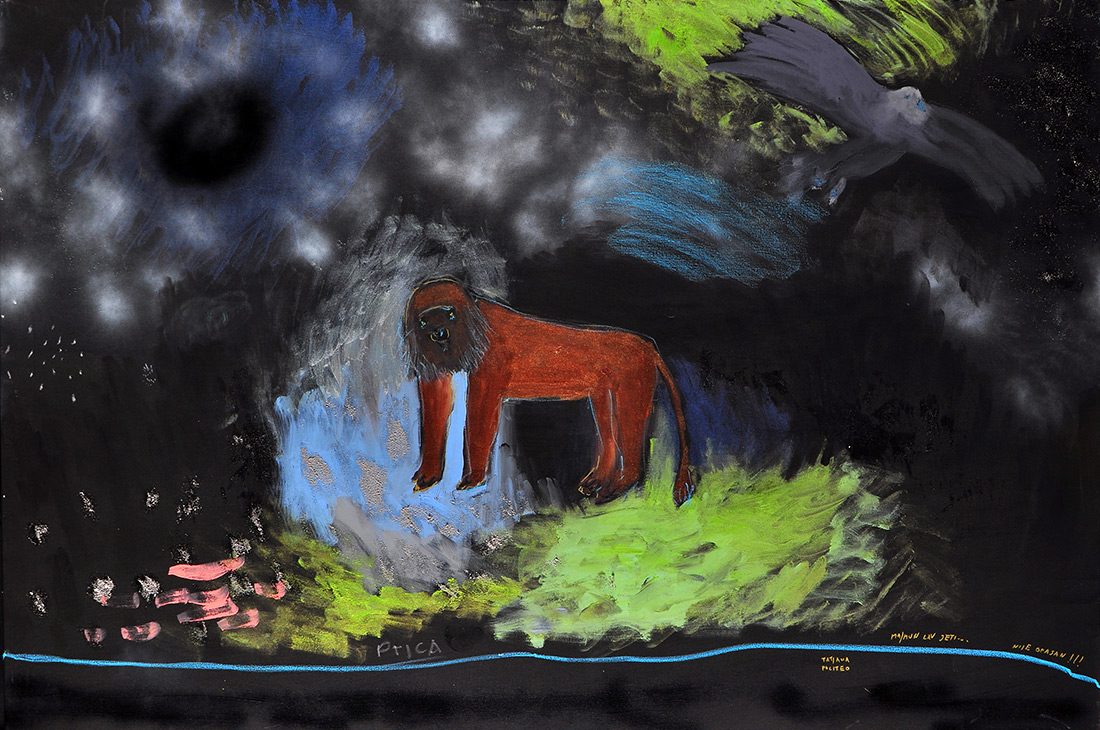 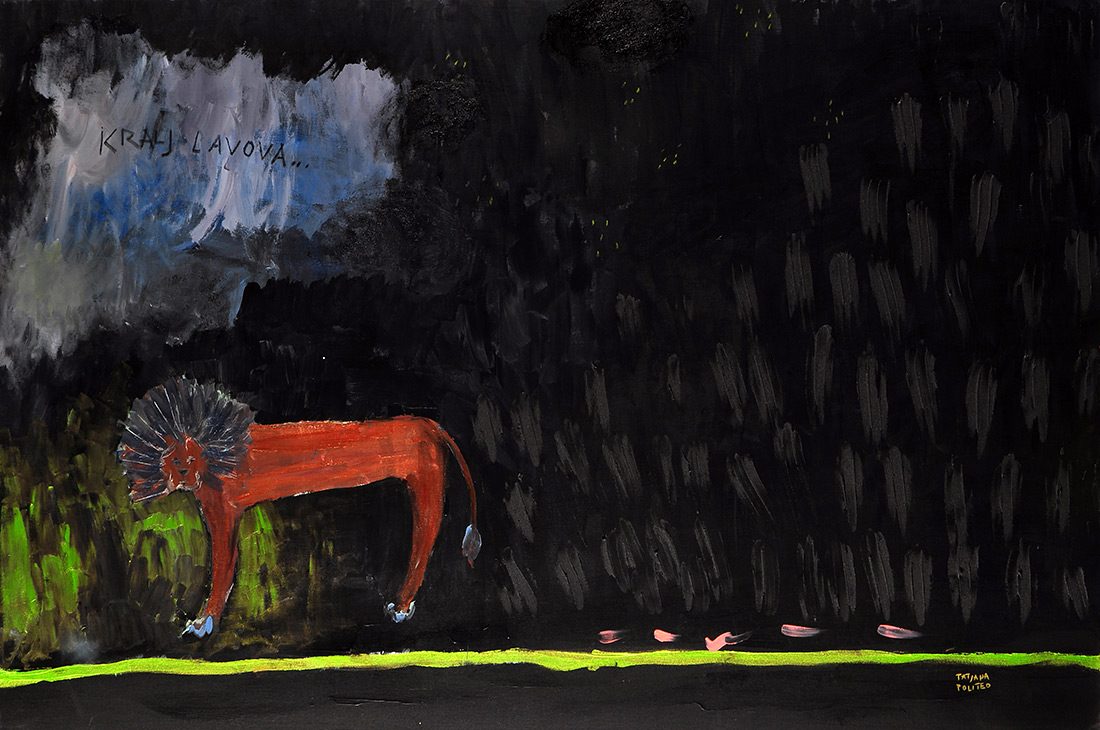 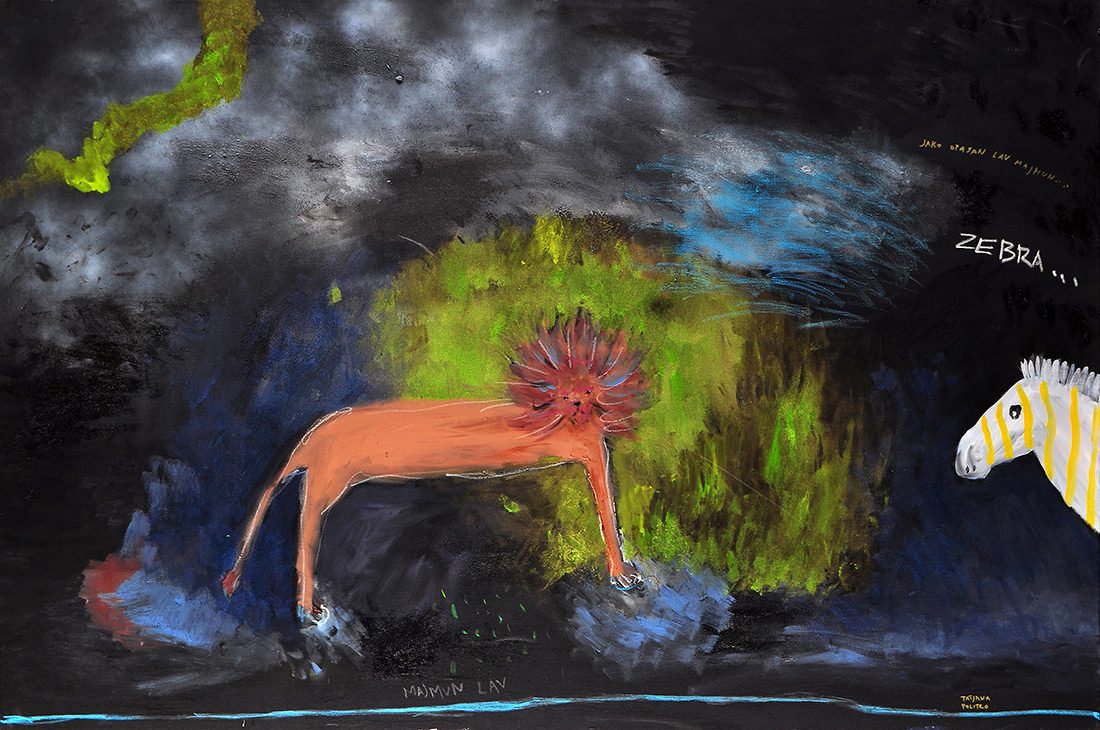 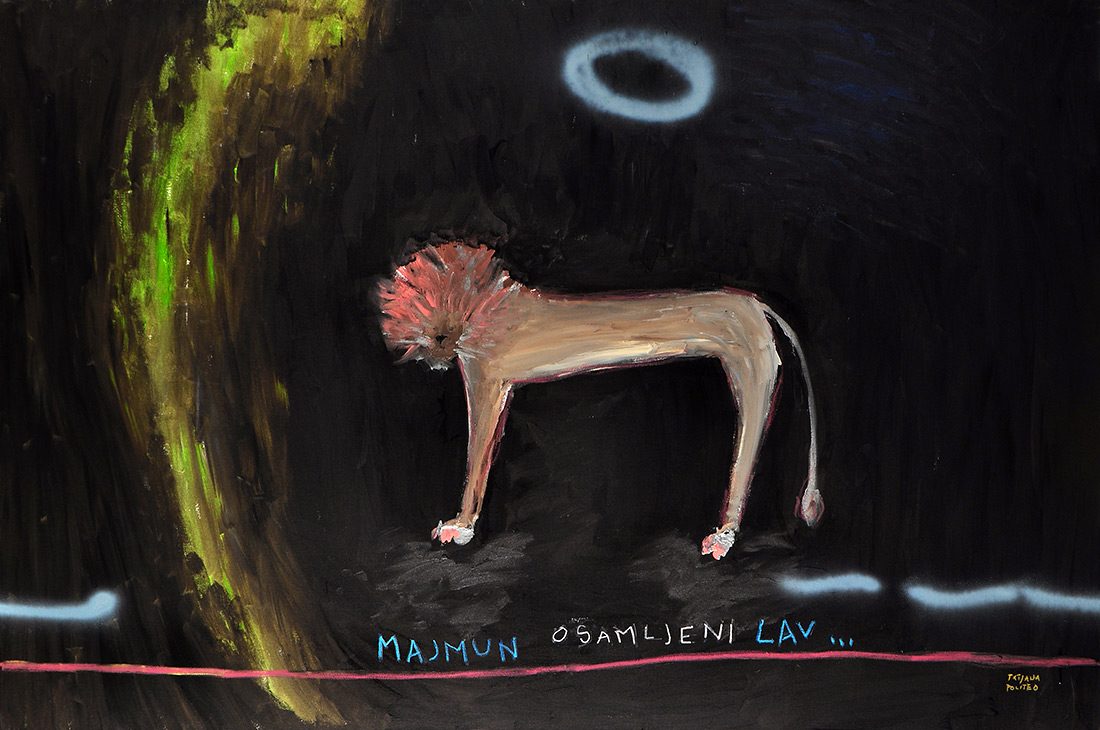 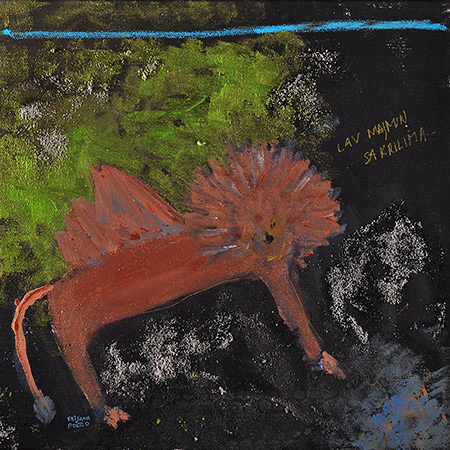 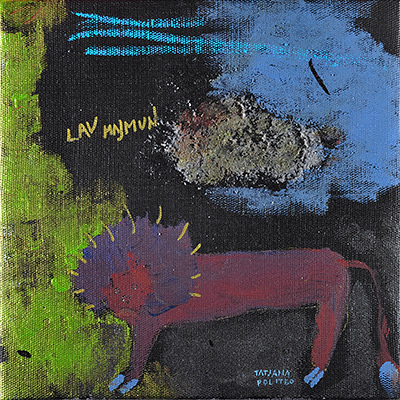 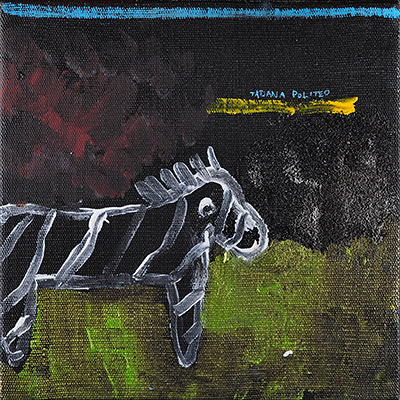 Tatjana releases the full potential of her gesturality, ranging from dynamic, broad brush movements to subtle, quiet touches of faded coating to the surface of the paint canvas. The protagonists themselves, the zebra, the monkey and the lion are not placed in any narrative moment, but they rather represent certain psychological characters and emotional states that can be read through the prism of their symbolic connotations, but also through their own views of themselves. Tatjana even combines the features of several animals into a single being, which on the one hand emphasizes the comic (lion – monkey), but on the other hand also points to the metaphysical value and symbolic content (lion – winged monkey, combination message, juxtaposition between beginnings and endings).